Disclaimer: This review was written for the German readership of the Terrarium Blog. You can still read the review and gain some insights, but keep in mind that the product is not available on the American Amazon store.

In this review, we're looking at the Botanicly DIY Eco Bottle Garden. This is again a complete set of a closed terrarium or bottle garden, where you get all the necessary materials to construct your bottle garden.

First of all, it should be mentioned that it is of course always cheaper to order the necessary materials in detail or to look for them yourself. However, a complete bottle garden set will help you to properly take care of your ecosystem. Usually care instructions are included. Let's take a look at what the Botanicly DIY Eco Bottle Garden has to offer.

The Botanicly DIY Eco Bottle Garden is available on Amazon in four different designs. The versions differ in the shape of the container, the plants it contains and also in price. They are called as follows:

The other images are best viewed directly on Amazon.

The names may not mean anything to you directly. Ficus ginseng is a Chinese fig in the form of a bonsai. Asparagus is an asparagus plant, ovbiously. The botanical variant includes several different ground plants. According to the product description, the scope of delivery changes depending on the season. The last variant contains a Calathea, also called basket marante. This is a tropical plant, which is characterized especially by its rustling leaves. Translated with www.DeepL.com/Translator (free version)

If you're interested in Bonsais in closed terrariums, you can also read on here.

All variants also include stones and moss in the scope of delivery. Whether substrate is also included is not clear from the product description on Amazon.

The reviews on the Botanicly DIY eco bottle garden

The Botanicly DIY Eco Bottle Garden is a very popular product among reviewers on Amazon with an overall rating of 4 out of 5 stars. This rating is made up of a total of 54 individual reviews. This consists of a large, but not huge, proportion of 5-star reviews. Overall, 54% of the buyer:s awarded 5 stars, 22% 4 stars. That leaves 24% for 3, 2 and 1 stars. The latter category even gets 13%. Negative reviews are thus not negligible. Translated with www.DeepL.com/Translator (free version)

One user is pleased with the plants that arrived. According to his review, they were still moist and appeared to have been freshly packed in a sturdy transport tube before shipping. In addition, he says that a manual is included that provides many tips and tricks in several languages.

The transport tubes are also positively evaluated by many other reviewers. One received his plants without any problems despite the icy winter cold. The plants generally arrive in good condition.

If, however, a plant should dry out or freeze to death in transit, Botanicly is accommodating and, according to one review, will replace the plants free of charge.

A few users:inside unfortunately have issues with this bottle garden. With the other complete sets that I looked at here on the Terrarium Blog, negative reviews were mostly given in less than 10% of the cases, but here it is already not negligible with 13% of all reviews.

One user reports that he followed all the instructions, but after four days mold still formed on the plants. Of course, every plant is different and you can't really blame the manufacturer here for supplying a bad plant. Some need more water and others less. The instructions can't go into that in detail. You can read about how much water a closed terrarium needs here. Translated with www.DeepL.com/Translator (free version)

Many other reviews report the mold problem. A single review also reports a large scratch in the glass and that the manufacturer is not getting back to us. Another single review says the bonsai does not look at all like the sample picture.

It is also negative that it is nowhere apparent whether a substrate is included. Although no shortage can be found in this regard among the reviews, but still it is not said anywhere. If this product does not include a substrate, you can read here how to easily mix your own substrate for a bottle garden.

The Botanicly DIY Eco Bottle Garden is a beautiful complete set for a bottle garden and comes in four different variants. The different variants differ in the shape of the container and the included plants. Price-wise, they are all in a similar range to their competition. The bottle garden includes a manual for beginners. In general, it is also very well received by buyers on Amazon.

* What the star implies: Links marked with a * mean that I will receive a commission if a purchase or a specific action is made via the linked provider. There will be no additional costs for you. Also, I won't receive any money just by setting links.
Summary
Reviewer
Terrarium Blog
Review date
2021-10-25
Product type
Closed terrarium complete set
Rating
4 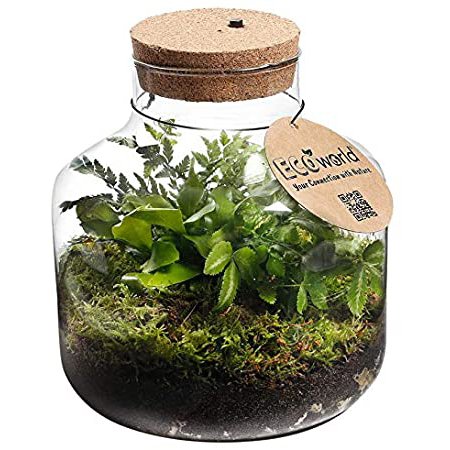 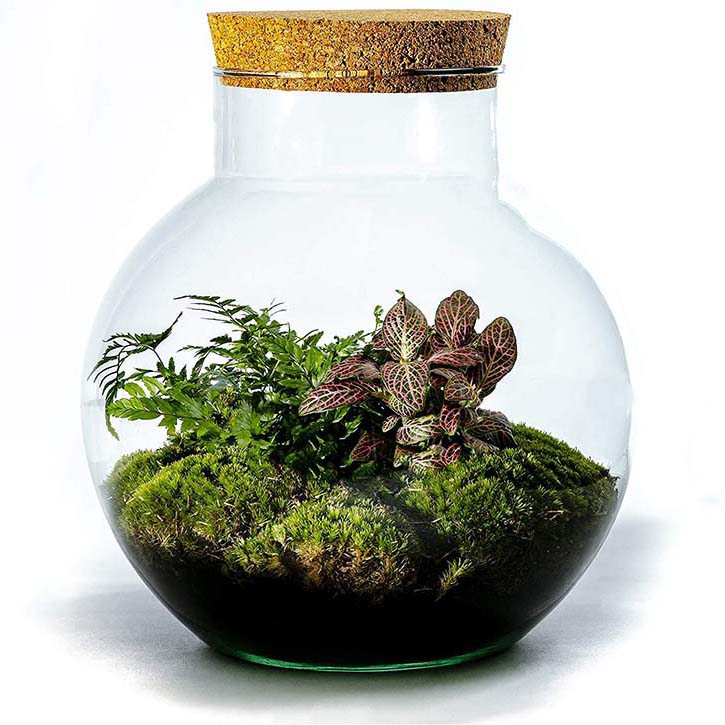 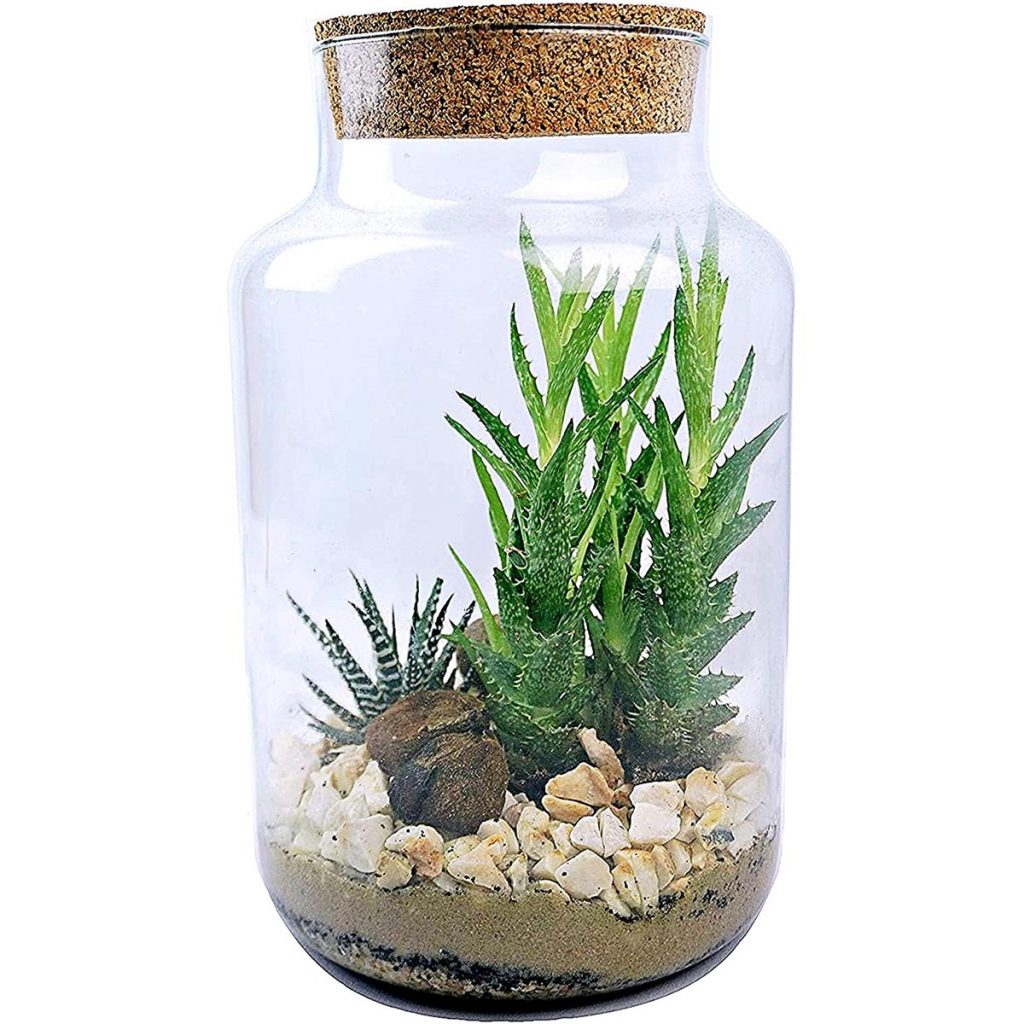