The Niello LED Plant Lamp 300W is a grow light that can be used for closed terrariums, ordinary terrariums or simply potted plants. As a plant light, it is expected to have at least a light spectrum specifically designed for plant growth. However, since this is a mid-range model, additional features are in order. Last time, we had a look at the much cheaper CXhome LED plant lamp LM301B, which scored with a timer and its affordable price. Can the Niello LED plant lamp 300W keep up? Translated with www.DeepL.com/Translator (free version)

If you want to know more about plant lighting in general, you can read about whether you even need to light your closed terrarium.

Niello LED plant lamp 300W comes in two variants, namely a smaller and a larger one. The large variant is about twice as wide as the small variant and in principle only looks as if two small variants had been combined. The large version has twice as many lamps and 600W. However, since it does not differ from the small variant in any other way, we will only focus on the latter today.

As you can see from the picture, the Niello LED plant lamp 300W has different colors of LEDs. The blue LEDs are those that radiate in the blue-violet range of the light spectrum. The red LEDs shine in the red-infrared range. Through them, three different modes can be realized.

The "Veg Channel" setting is intended to provide as much energy as possible to the plants shortly after sowing or repotting. If the plant is in the flowering phase, you can switch the plant lamp to the "Bloom Channel" setting. Red light has been shown to be beneficial, making some plants bloom faster.

The spectrum of the Grow Light is, like that of many other Grow Lights, especially designed for good plant growth. Due to the colors of the LEDs, it is thus particularly strong in the blue and red range. Interestingly, however, Niello has a different concept than, for example, CXhome and has hardly any radiation in the green-yellow range of the spectrum. Translated with www.DeepL.com/Translator (free version)

Since this is a grow light with high energy consumption, it also generates a lot of heat. This is dissipated with the help of a fan and an aluminum plate. Although Niello says on Amazon that the lamp is silent, a fan can be quiet at most, but never completely silent.

Regarding the power intake, the Amazon description of the plant lamp is a bit confusing. The product is advertised and sold as a 300W variant. In some places in the product description, it is also mentioned as such, while in other places it is mentioned as 120W. If you take a closer look, you'll notice that each of the installed LEDs has a maximum radiant power of 5W. That means ultimately, the 60 LEDs of the lamp take together maximum 300W. On average, however, it is rather 120W +- 3%.

The power rating is misunderstood by many people, as we have already seen in the review of CXhome's plant lighting.

The scope of delivery of the lamp also includes a manual, fasteners for ceiling mounting and a cable about two meters long.

The reviews of the Niello LED plant lamp 300W

The supplier Niello has already been active on the market for over 10 years and has thus already been able to collect some reviews on Amazon. The Niello LED plant lamp 300W has an overall rating of 4.3 out of 5 stars on Amazon and is therefore a popular product. This rating is made up of a total of 1482 individual reviews and is therefore difficult to falsify. 64% of the reviewers give five stars, 17% give four stars and only a total of 18% give three, two or one star.

One user writes that the Niello LED Plant Light 300W feels very high quality, both haptically and visually. The included cable is also said to be of high quality. He is very satisfied with the product and awards it 5 stars.

Another user reported that the customer support was very accommodating and quickly sent him a replacement lamp after the fan of his first lamp broke.

In addition, the general function of the lamp, composed of brightness and adjustable modes compared to the price, is very well received by many users. One user has even been able to reuse the waste heat for his greenhouse and said:

The lamp produces little waste heat, but that is enough to start almost four weeks early in the greenhouse, which is located outside. (translated from German)

Several users listed the fan as the biggest negative feature. As mentioned above, the assumption that the fan is not perfectly quiet is confirmed. Instead, it is said to be very audible from a distance of up to two meters. However, that is not surprising for such a performance. LEDs do not have a 100% efficiency either and will inevitably get warm.

An alternative to an active fan would be a larger radiator grille that releases the heat into the environment. However, such passive coolers are much slower than active ventilation and would increase the lamp's size significantly.

Some users report that the fan broke after a short time. For one user, an entire rotor blade came loose and caused the fan to stop spinning properly. This in turn caused massive heat and melted plastic. Something like that should not happen under any circumstances. The lamp would need an automatic shutdown mechanism if it became too hot. Such a thing is extremely easy to implement with the help of so-called bi-metals, which is why we have to deduct a lot of points from the lamp.

The lamp is attached via a cord with four hooks and a carabiner. A permanently mountable rail, on which you can slide the lamp as needed on or off again, cannot be found here.

Niello LED plant lamp 300W is a mid-range plant lighting, which has several modes to promote germination and flowering phase. It generates some waste heat, but it is dissipated by a quiet, but not silent fan. The lamp is mounted by means of hooks and cords. Fixed mounting is possible only if you manage to construct something yourself.

Here you can buy the Niello LED Plant Lamp 300W.

* What the star implies: Links marked with a * mean that I will receive a commission if a purchase or a specific action is made via the linked provider. There will be no additional costs for you. Also, I won't receive any money just by setting links.
Summary
Reviewer
Terrarium Blog
Review date
2021-10-28
Product type
Grow light
Rating
4 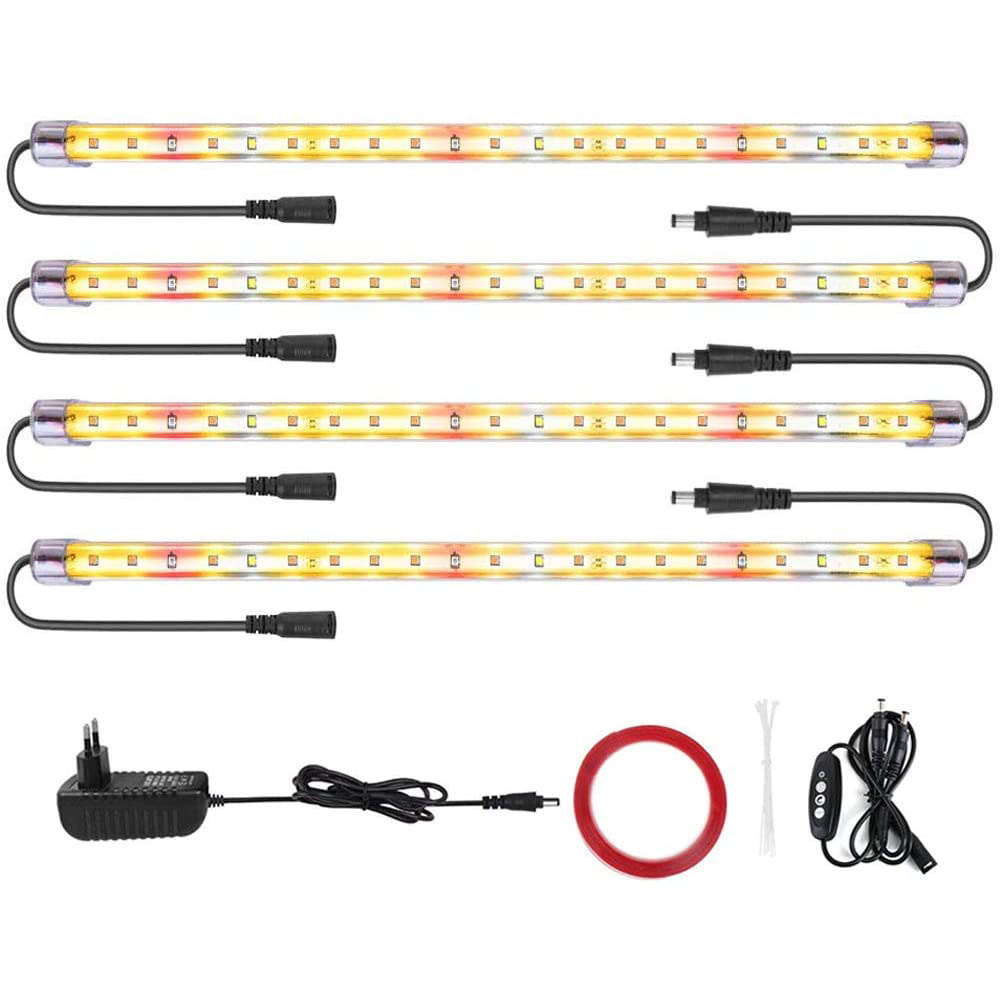 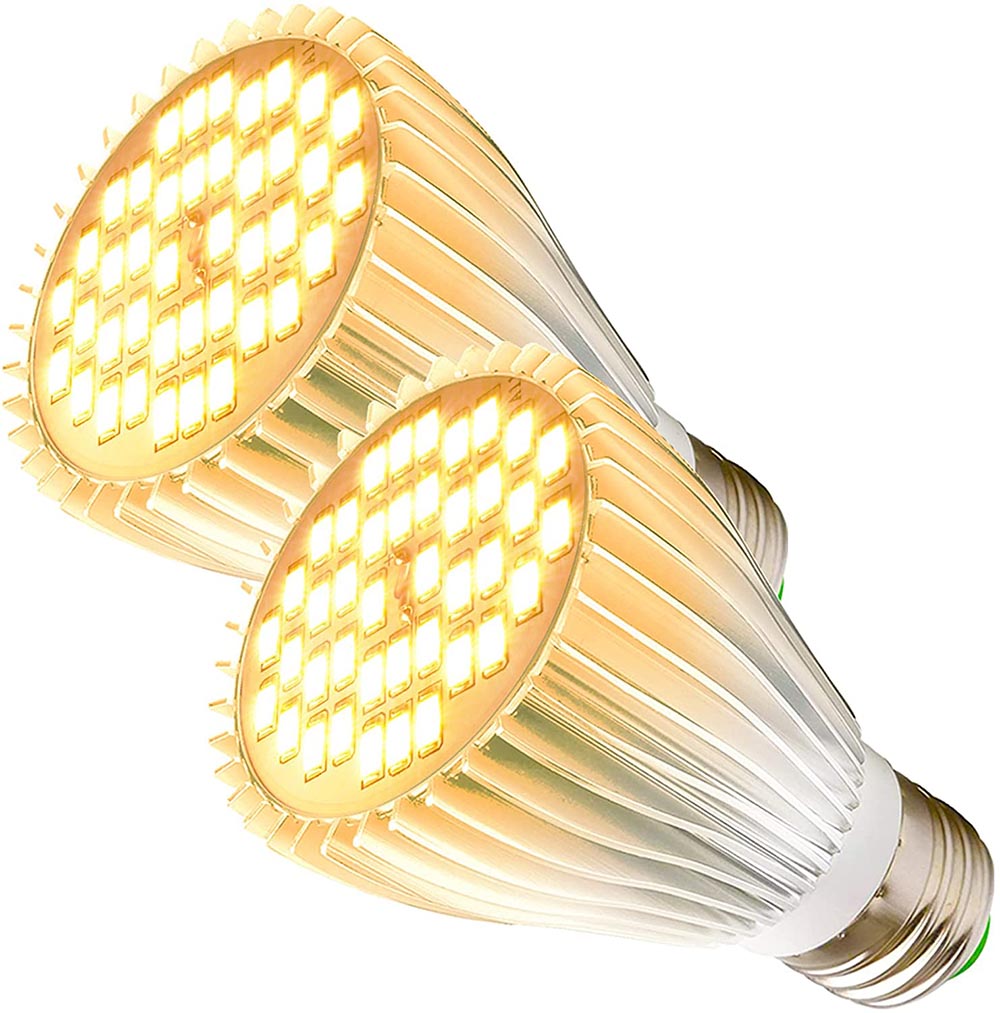